This year, we are celebrating our 40th anniversary at our annual concert, its history starting from 1980. This year’s concert will begin with the Korean Music Association’s Evergreen Chorus presenting choir numbers including “Va, pensiero” from the opera Nabucco by Giuseppe Verdi and “The Maiden Selling Flowers,” which is a genre of Korean vocal classical music. After the choir, Lisa An, winner of the Grand Prize at KMA 18th Youth Music Competition, will perform a solo piece, the third movement of Tchaikovsky’s Violin Concerto. Popular opera numbers and Korean Gagok will also be presented by KMA members Yujin Kim and Peter Jeon from LA. Their performance will include the duet “Lippen schweigen” by Franz Lehár from Die lustige Witwe.

The second half of the concert will be filled with music performed by world-renowned pianist Hai-Kyung Suh. She will perform Debussy’s L’isle Joyeuse and Mussorgsky’s Pictures at an Exhibition.

Among her many recordings, she is the only woman artist to record the complete Rachmaninoff and Tchaikovsky piano concertos under Deutsche Grammophon.

Some of the reviews include:
“Hair-raising virtuosity.” (Der Tagesspiegel, Berlin)
“Resoundingly made the transition from prodigy to self-confident ‘Old Master.’” (New York Concert Review) 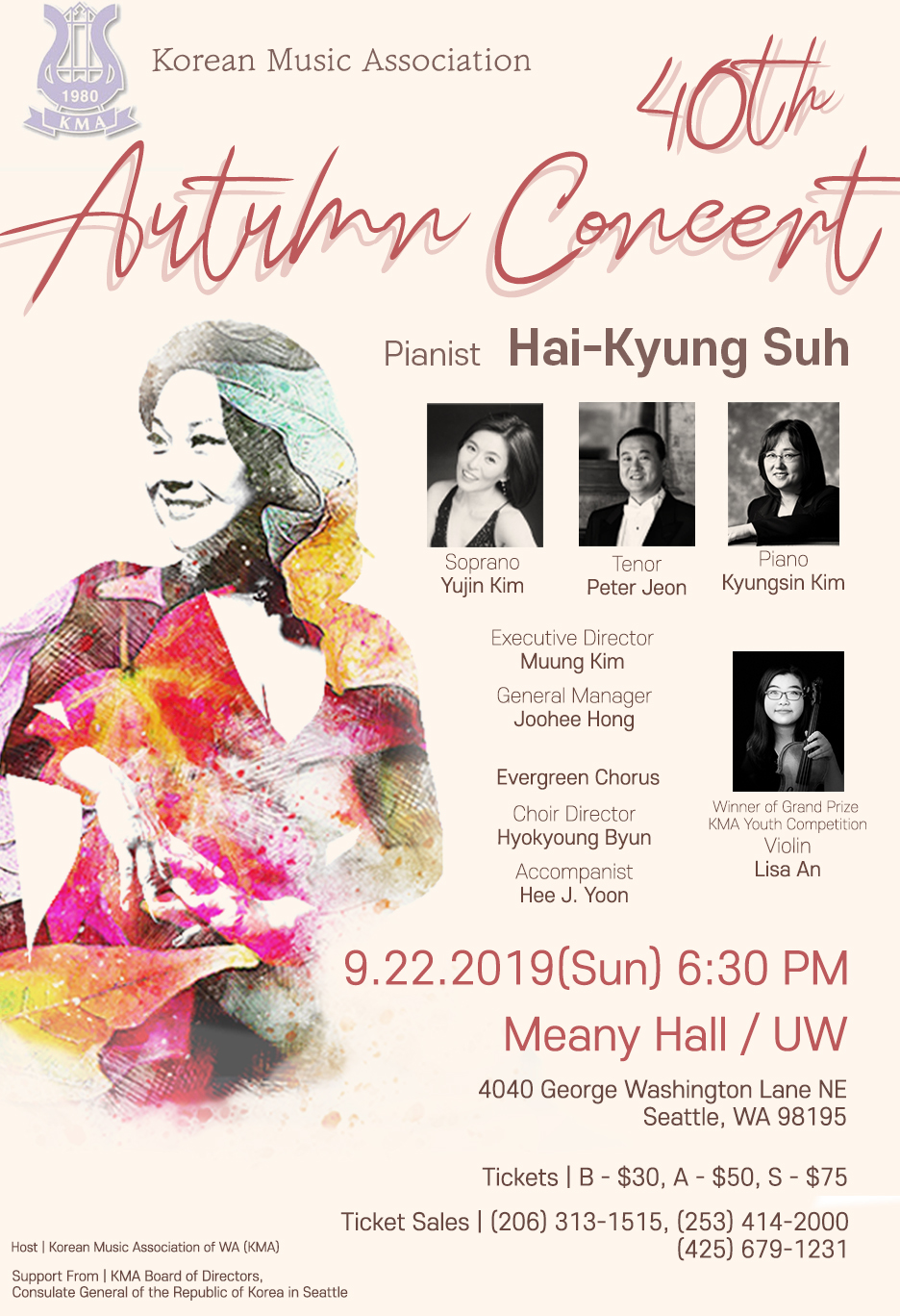